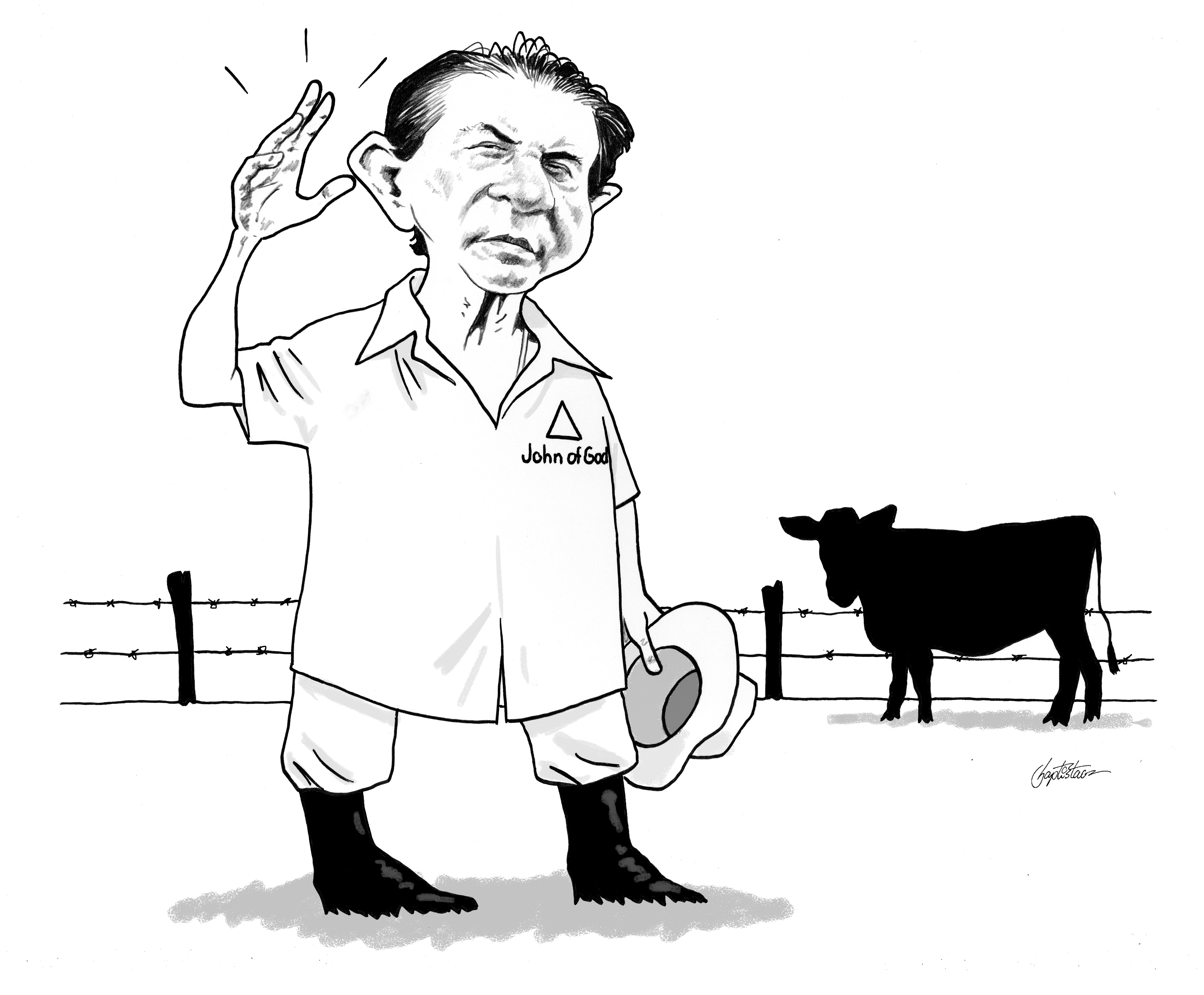 ‘De Olho nos Ruralistas’ uncovered the location of two rural properties owned by the medium, in Anápolis and São Miguel do Araguaia, which occupy state reserves; João is under arrest in Goiás, accused of sexually abusing hundreds of women

Spiritual Healer? Businessman? Gold miner? What is João Teixeira de Faria’s profession? In the purchase document of his Vista Alegre Farm, in São Miguel do Araguaia (GO), on the border with Mato Grosso, John of God presents himself as a farmer. This property of 2,893.10 hectares has a peculiarity: 38.79% of it, or more precisely 1,122.25 hectares, are part of the Araguaia State Forest, a state reserve, according to data recorded on November 16, 2016 in the Rural Environmental Registry (CAR).

Three months earlier, on August 15, 2016, the medium & livestock baron (currently imprisoned in Aparecida de Goiania) filed a court petition, which runs under judicial secrecy at the Secretariat of State of the Environment, Water Resources, Infrastructure, Cities and Metropolitan Affairs (Secima) in Goiás. He requested, without an environmental impact study, a Forestry License for the deforestation of an area of 484 hectares, which Secima classifies as Low Open Cerrado [woodland], or CAB. With what purpose? Pasture.

But John would not wait. CAR data shows that in November of that year, Vista Alegre Farm received two embargoes in its Legal Reserve areas, also in the Cerrado [woodland] biome. Two small areas of 1.14 hectares each, out of a total of 580.79 hectares. Together they add to about three football fields. The two embargoes add to the incidence in the Araguaia State Forest, as restrictions on the entrepreneur’s property in the rural land register.

The image below shows the overlap of João Teixeira de Faria’s farm with the Araguaia State Forest. It was created in 2002, and it has 8,802.81 hectares. Therefore, John of God’s farm – bought by him five years later, in 2007 – takes up about 1/8 of the conservation unit.

THE FOREST LOST HALF OF ITS AREA BY 2013

State forests belong to the public domain. By law, private real estate that falls on these areas must be expropriated. In 2013, however, only 52.87% of the Araguaia State Forest (FLOE Araguaia), 4,337 hectares, had been acquired by the Goiás State Secretariat of Management and Planning. There were 3,866 hectares left (slightly over three times the 1,122 hectares of João de Deus’ farm) intruding in the FLOE Araguaia.

The prosecutor Cristina Emília França Malta, from the prosecutor of the State of Goiás in São Miguel do Araguaia, filed a lawsuit in 2014 against the State of Goiás, in view of the slowness in the management and supervision of the Araguaia State Park and Forest. Among the measures listed as necessary for the implementation of Conservation Units were the finalization of land regularization and the enclosure of the units’ area.

Araguaia State Forest is among the Cerrado State Conservation Units that had the most accumulated deforestation until 2013, according to the Ministry of Environment. 4,240 hectares were lost until that year – about half the size of Floe Araguaia. This data comes from the Plan of Action for the Prevention and Control of Deforestation and Burning in the Cerrado (PPCerrado), in its third phase, released this year by the Temer government.

The decree that created the Araguaia State Forest in 2002, signed by the governor Marconi Perillo, shows that the FLOE Araguaia is bordered by the company Vale do Araguaia Agropecuaria Ltda. This, in turn, is one of the partners of the company Voe Canhedo S/A, of the family of businessman Wagner Canhedo, the former owner of the São Paulo Airways (Vasp).

Data on the Vista Alegre Farm from João de Deus shows that it is bordering the Piratininga Farm with at least 125,000 hectares, acquired by Canhedo in the 1990s and auctioned off for payment of Vasp’s debts. At that time the land belonged to the Araguaia Valley Farming.

The Piratininga Farm was bought in 2010 by goianian businessmen João Alves de Queiroz Filho (owner of the Hypermarcas group), Marcelo Limírio Gonçalves Filho (from the Neo Química laboratory, bought by Hypermarcas), and Igor Nogueira Alves de Melo, from Teuto. All belonging to the pharmaceutical business.

IN ANAPOLIS, A DAM TO QUENCH THE CATTLE’S THIRST

The name of the rural property of João de Deus in Anápolis (GO) refers to the names of his most known activities: Farming Loyola. Also known as Dom Inácio Farm. Three companies owned by João Teixeira de Faria and his wife, Ana Keyla Teixeira Lourenço, are named after the founder of the Companhia de Jesus: the Dom Inácio de Loiola Spiritist Center, in the Lindo Horizonte neighborhood, the Dom Inácio Restaurant and Bookstore Ltda. and Cristais Dom Inácio Ltda., all in Abadiânia, where he used to gather the faithful.

In 2010, the Secretariat of the Environment granted, for twelve years, to João Teixeira de Faria, the use of waters from a creek of the Pianco Stream, in Anápolis, to accumulate water in a dam. The beneficiary was Agropecuária Loyola, or specifically, the cattle. John of God pledged to preserve the well.

Below are images of the farm in Anapolis. 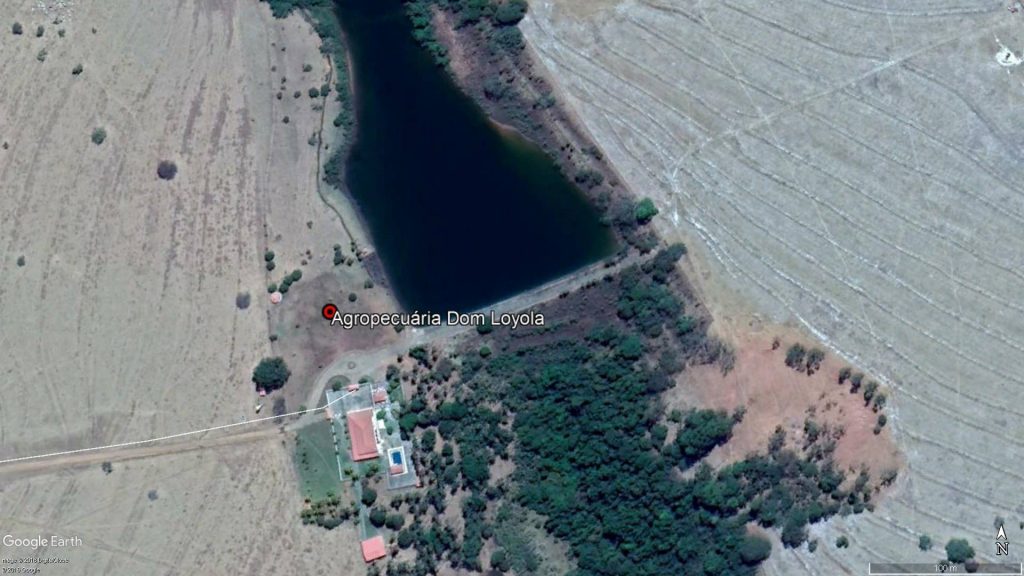 You may also read! 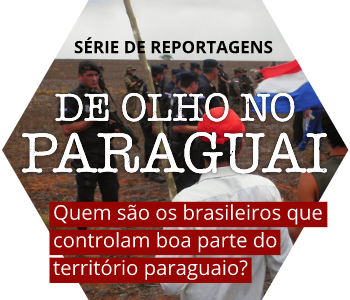